Change management – acceptance of a gift

1st April around midnight I get a call,” Hey come down, I have a gift for you”. The date itself witness to the fact of what one can expect. However, the caller on the other side refused to budge from the premises. Finally, I went down and met my friend. In his hand he had a basket, waiting for me for almost two hours.

An uncanny way to give a gift and that too on the first of April! Who would have imagined getting a pet on a day when the world is out to prank the living daylights out of you? So, I opened the basket and no bigger than the size of a soup spoon was this baby turtle all cute and cuddly in that basket. In the time that followed, six months fast forward I went to a pet shop and got another turtle.

It takes two to turtle

It is over twelve years to the day of having both the turtles as part of the family. Whenever I share the story of how they both came into my life, it indeed is an adventurous journey. A story that concludes with peels of resonating laughter! In these twelve years, both not only grew, in the case of one of them I believe he is overgrown. The other one is pretty much the same size from the day he came home. A regular visit to the vet and routine tasks of feeding and bathing them is all it takes to turtle care.

As compared to other pets, turtles are zero maintenance. They are loners and enjoy being lonesome. In contrast to the other, the bigger one shares an emotional connect with me. My day starts with him knocking on the door with his shell beckoning time for his morning playtime. His day begins with basking under the shower to his heart’s content. He is unlike what I’ve read about turtles who like to be left to themselves. Upon return from a tour, it takes a day worth of cajoling to get him back to his playful self.

The other one is a loner and moody as can be. He does not mingle easily with visitors and likes to be to himself. He prefers to stay under the side cabinet – his personal space. Interestingly, this one has a taste for music and we at times see him “grooving to the beat”. Keeping him company in the other tub is the bigger, one when their tubs are flanked near each other during meals.

All is well, until recently when a friend dropped by. A pet lover that he is – has a few dogs adopted by his family and four turtles. It was no surprise when we found that he and the smaller one became instant friends. In the discussion, he advised that both be kept in the early morning sun for a while. This was apparently good for their health. He recommended that the smaller one be kept as much as possible away from water as he could develop an infection.

The next morning, the advice was implemented. The bigger one was kept in his tub in the sun while the smaller one got his tub sans the water. For both of them, it seemed like a culture shock! Indeed the schedule was turn around. The bigger one has been resisting this change and in his way of communicating has been “vocal” about it. The smaller one was noticed scrambling towards the shadows. He wanted to get away from the sun in his dry tub initially, however, he seems to be adapting to the change.

Just like them we humans too have a routine life and in time settle into our comfort zones. The paradigm shifts in our personal lives are easily adapted to. This is because somewhere it is a personal choice and somewhere a sacrifice. Nevertheless, we give in – after all, no pain, no gain.

We know from our own experience and from examples of individuals in our social circles that:

“We are a social animal by nature. We seek attention and validation and hence any noticeable change is worth the effort.”

Social Networking in the Digital Age

Today as social as we are in our personal lives we have various mediums of networking in this era of the digital age. In the last 50 years, the world has moved from Telegram to Instagram and from slam book to Facebook. There are some in today’s generation who maintain connections the old fashioned way; they, however, are tuned in to the NET. Likewise, for working professionals, businesses and entrepreneurs, etc. we too have social networking channels that have become our personal space. It links us to each other while keeping us tuned in to the current trends of the MARKET.

We want to stay linked to the system and remain updated. This is because we want to ride the next big wave of growth that awaits us, don’t we? We are more than willing to jump off the surfboard of change when making a shift to another place. We know that we will have to make changes to our lifestyle for the better and go with it. Now, these changes do not come as often and not to all of us. Now, because it is a phenomenon we look forward to we are willing to ink the dotted line and then worry about the fine print.

When the other side is on “This side”

Let us turn the tables now:

For the greater good in the name of resource optimization, we are deputed on a different project. Unlike the current setup, this may not necessarily be an easy one.

Just like the turtles we too have an immediate reaction:

Be it mother nature or business operations, change is constant. Anyone who adapts to the change is not only assimilated by the system. The individual is also elevated from the current job position to a higher designation. Promotions do not always come easy. The ability to increase one’s scalability rapidly is what takes the individual up the ladder of success. The question that I leave you with is – “Am I ready for change management?” 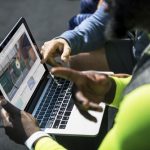 The Art of Leadership & Coaching for BeginnersCoaching