Sitting at Starbucks one evening with a journalist friend I got an eyewitness account to a bone-chilling story. A certain motocross racer won a race about five years back. He won it with an injury. During the championship, he had a fall. He dislocated two fingers of his right foot and was off the plaster 4 days before the race. This limited his mobility to a bandage and support to walkabout.

The internet is filled with millions of similar stories. About, how ordinary individuals became heroes overnight. This display of a victory celebration witness is indeed rare. The used the last straw of energy to spend it expressing is happiness. After the race, the journalist went to congratulate him. He sat in a folding chair right next to his car. This racer who went ballistics sat calmly enjoying the evening breeze. Apart from pleasantries exchanged, he also left a lesson for the journalist –

Deciding to race that day would have long term repercussions is what we may assume. Yes, he had the choice to be a spectator in the VIP stand. However, knowing the risks and making calculated decisions is what sent this racer to the podium.

Echoing this thought is a famous quote made by Ratan Tata is as follows:

I don’t believe in taking right decisions. I take decisions and then make them right.

There are much praise and debate about the origins of this phrase; however, before we digress here is a thought. The premise for this is the turnaround of JLR from a loss-making entity to a profitable arm of the current group. This is not the first automobile company acquired by the TATA Group. In the past, they have turned around the fortunes their own too. Today, the erstwhile “cabbies” are predominantly Tata Indicas. With time and technology, these numbers are shifting to other brands. However, it was this one model that not just the fight to the competition. It also opened up opportunities for a lot of skilled drivers. Jumping on this bandwagon were other individuals who seek to invest and multiply their savings over time.

Decision Making  – History as an eyewitness

A decision, calculated or impulsive bears fruit. The resulting consequences are capable of turning the fortunes and fate of the stakeholders, not just the decision-maker. Empires have fallen and risen in the books of history. From blitzkrieg to tactical advanced warfare, the world has seen many leaders who had a part to play.

Business decision making has no room for impulsiveness. There are rare and exceptional risk-takers, however, at the helm is an individual taking a calculated risk. Just that the calculations were at a much faster pace. Impulsive decisions can on the downside have adverse effects, not just in business or career it has wrecked personal relationships. This has led to low morale at work thus affecting productivity.

On the other hand, a calculated decision analyses the risks involved versus the prospects. The viability of the project with its outliers allows the business to either proceed or abandon the project. Basis the outcome, a strategy is devised to precede keeping in line with the risks involved. There is always room for unforeseen circumstances. Making a decision requires that the business leader is at a sound mind so that the individual can do what is best for the business. Ensuring that the decision made is made right (as quoted by Ratan Tata) requires among other factors persistence. It was over time that the fortunes turned northward for the newly acquired JLR.

A Business Coach or Entrepreneur Coach acts as a catalyst in the following ways: 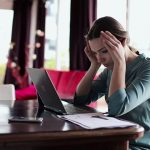